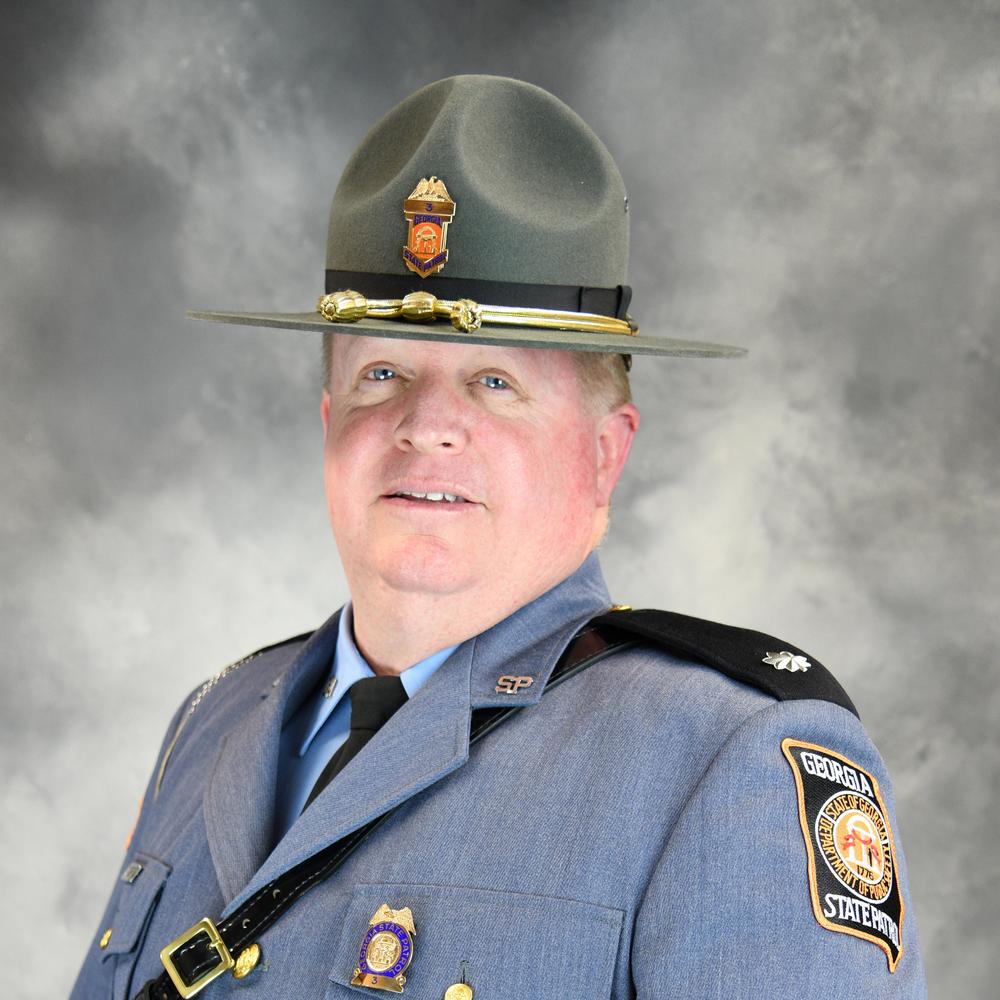 Lieutenant Colonel Tommy Waldrop serves as the Director of Support Operations of the Georgia Department of Public Safety.  His appointment was effective February 16, 2019.

Lieutenant Colonel Waldrop joined the Department of Public Safety in May of 1992 and graduated from the 66th Georgia State Patrol Trooper School.  He was assigned to GSP Athens and has also served at GSP Toccoa and GSP Gainesville as Post Commander.  He was promoted to Lieutenant and Assistant Troop Commander for Troop B in 2011 and then to Captain and Troop B Commander in 2012.  Lieutenant Colonel Waldrop was appointed Major in 2014 and served as Commanding Officer of the Georgia State Patrol from 2014 until 2019.

He was born and raised in Winston, GA and is a graduate of Kings Way Christian School in Douglasville.  He is the son of retired Georgia State Patrol Sergeant First Class and former Douglas County Sheriff Tommy Waldrop Sr. and Elaine Waldrop. He and his wife Mary have been married for 26 years and they have two children, Taylor and Logan.  They reside in Franklin County.