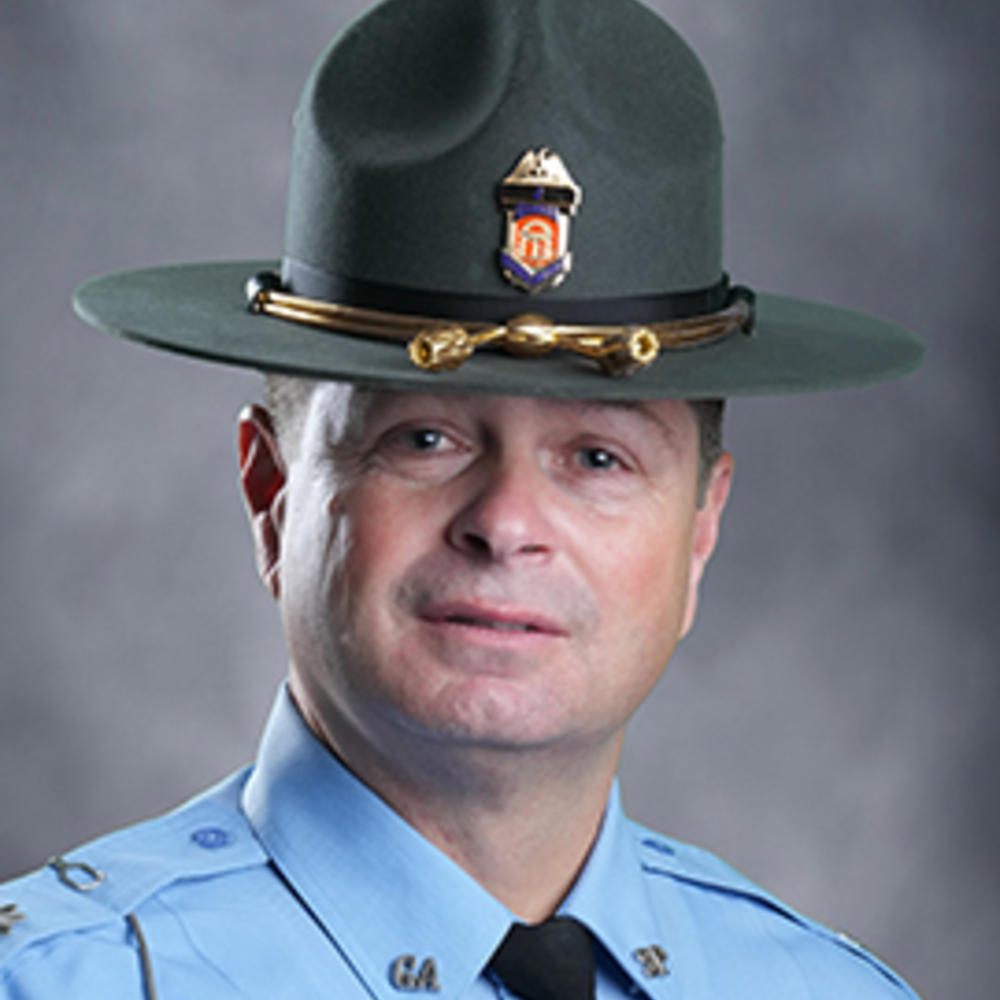 Lt. Colonel William W. Hitchens, III is the Deputy Commissioner for the Department of Public Safety. He serves as the Director of Field Operations and oversees the Georgia State Patrol, the Motor Carrier Compliance Division (MCCD), the Capitol Police Division, the Headquarters Adjutant, and the Special Operations Adjutant.

On Sept. 30, 2020, Lieutenant Colonel William W. Hitchens, III was appointed to the position of Deputy Commissioner of the Department of Public Safety.  His appointment was effective on October 1, 2020.  As Deputy Commissioner, he oversees the operations of the Georgia State Patrol (GSP), the Motor Carrier Compliance Division (MCCD), the Capitol Police Division, the Headquarters Adjutant, and the Special Operations Adjutant.

Prior to this appointment, he served as Major and South Adjutant of the Georgia State Patrol.  As the South Adjutant, he was responsible for the operations of Troops F, G, H, and I, the Recruiting Unit, and the SWAT Unit.  He was appointed to this position on March 1, 2020.

Lieutenant Colonel Hitchens began his career with the Georgia State Patrol as a Cadet Trooper in 1994 at Post 21 - Sylvania.  He was selected to attend the 69th Georgia State Patrol Trooper School in 1994 and upon graduation in 1995, he was assigned to Post 19 – Swainsboro. Lieutenant Colonel Hitchens moved up through the ranks as Corporal, Sergeant, and Post Commander, receiving all promotions at Post 45 - Statesboro.  In 2005, he was promoted to Lieutenant of Troop F before being appointed to Captain of Troop I in 2011.  In 2015, Hitchens returned to Troop F as Troop Commander until his appointment as Major.

During the 1996 Olympic Games held in Atlanta, Lieutenant Colonel Hitchens was assigned to Centennial Park.  He received a Meritorious Service Award for his actions prior to and immediately after the bombing in Centennial Park.  Lieutenant Colonel Hitchens was also selected to serve on the committee which developed the department’s mission statement and core beliefs.

Lieutenant Colonel Hitchens, a second-generation Georgia State Trooper, is the son of retired Colonel Bill and Norma Hitchens, and is a native of Rincon.  He graduated from Effingham County High School in 1990 and received a Bachelor of Science degree in Middle Grades Education from Georgia Southern University in 1994.  As a graduate of the Georgia Law Enforcement Command College, Lieutenant Colonel Hitchens holds a master’s degree in public administration from Columbus State University.  In June 2007, he graduated from the FBI National Academy, Session #229.

Lieutenant Colonel Hitchens and his wife, Angie, have resided in Statesboro for the past 30 years.  They have two children.  Their daughter, Gracen, attends the University of Georgia and their son, Will, is a student at Southeast Bulloch High School.